People nowadays like to eat healthy; we make sure that we get all our needed nutrition in the food we eat. So, what do we do? We buy wholesome food, like tuna. We open a can when suddenly, we hear that familiar scampering and heavy breathing getting closer. It’s our little, furry friend, Fido, begging for some. Then you ask yourself, “Can my dog eat tuna?”

The short answer is yes. It’s relatively safe for canine consumption but only on rare occasions. A small amount consumed may not be harmful but a larger quantity and/ or higher frequency may result in mercury poisoning.

Read on as we share more about the benefits and danger of feeding tuna to your pup.

What Are the Benefits of Tuna for Dogs?

Now I know I said that feeding tuna to your dogs might give them mercury poisoning, but hear me out.

Tuna is not a bad guy; consuming it will not immediately poison your dog. It’s surprising to know how such a finicky fish can be so beneficial too.

Tuna, being the wholesome food that it is, is one of the optimal foods as a source of various vitamins and nutrients.

It’s high in protein, low on fat, and has other nutrients like omega 3 fatty acids, B3, B6, and B12, phosphorus, selenium, magnesium, and potassium. All of these are beneficial for your dog’s overall maintenance of health.

When Is Tuna Safe for Dogs?

Tuna isn’t toxic to dogs. Only on rare occasions should you give your dog tuna. However, it’s still best to have a conversation with your vet before giving your dog any as the amount they can eat is dependent on the size of your canine.

The fish is best known for being rich in Omega 3 fatty acids, high in protein, and low in fat content making it seem like the ideal addition to your dog’s diet. But do remember that the high mercury content is its Achilles’ heels.

When Is Tuna not Safe for Dogs?

Tuna is just as harmful to humans as they are to dogs when consumed every day and in large quantities. While the fish may be best known for being a wholesome food, it’s also known to have a high mercury content compared to other fishes (Albacore and Yellowfin have the highest among tuna varieties).[source]

See also  How Dogs Cry For Help? -10 Signs That Your Dog Is Under Distress

Here’s a list of fishes that we are commonly inclined to eat and might give to our canine buddies: 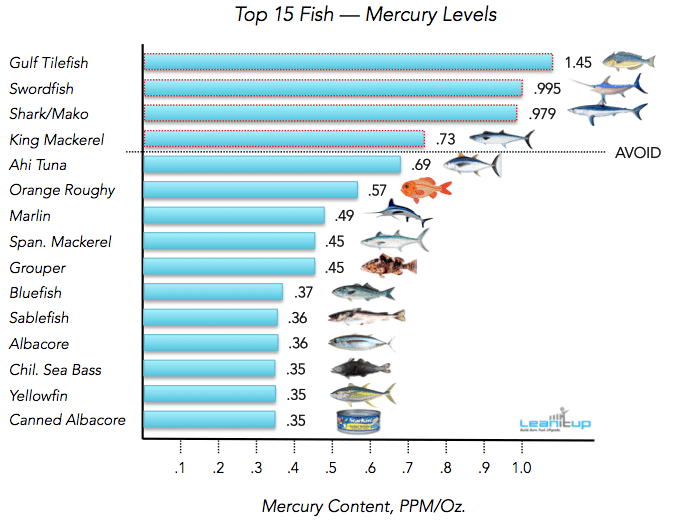 Did you know that some commercial dog foods have fish as one of its ingredients? Salmon and tuna are the most used fish for this purpose

Can Dogs Have Canned Albacore Tuna?

If you’re planning to feed your little pooch some tuna, with your vet’s recommendation (very important!), it’s best to always feed them unflavored and unsalted COOKED tuna or canned tuna in water. It has lesser salt, and never feed your pets raw seafood.

I, myself, have been tempted to give my dog some every now and then, but I just couldn’t handle the dangers and problems he’ll go through if I don’t steel my nerves against those puppy dog eyes.

What Are the Dangers of Tuna for Dogs?

Like I’ve mentioned earlier, Tuna is safe for dogs to eat, but there can be dangers as all dogs are built differently. Some of the things to remember when feeding them tuna are:[source]

Dogs can be allergic to a lot of food and tuna may be one of them. If you suspect that your dog may be allergic to it and has ingested some, no matter the amount, immediately contact or bring your furry baby to the vet.

For the fourth time now, tuna has a high mercury content that could lead to mercury poisoning when fed a lot.

These are two of the main problems if you feed your dog raw seafood or anything raw, actually. Heat kills bacteria and parasites normally through cooking but being sure is what’s at stake here. Make sure that you and your dog are eating a pest-free meal.

A lot of anything is bad for us, especially sodium for dogs. Tunas live in salty waters, making them high in sodium. A high concentration of this could lead to hypernatremia. The severity depends on the water to sodium ratio of the dog. Chances are slim and usually result in death.

What is Mercury Poisoning?

Mercury poisoning is the accumulation of mercury from ingestion, exposure, or inhalation to things that contain mercury. Ehem, like tuna.[source]

As if the poisoning itself isn’t bad enough, there are two types to look out for.

How will I know if My Dog has Mercury Poisoning?

Here are symptoms to look out for if you’ve noticed your little buddy has ever snuck a chunk of tuna:

Take Note! The repercussions of mercury poisoning are irreversible and lowers the quality of life even after healing.

If you are afraid to feed your dog tuna, fret not! Fortunately, here are some seafood alternatives that your dog can eat that have lesser mercury content and parasite problems:

The fishes above are also rich in omega 3 fatty acids, making them good options to replace tuna. They’re also good as an anti-inflammatory and the fish skin contains collagen which is important for the skin and bone health of dogs, most especially to older dogs.

Other fishes that AREN’T suitable for dogs are king Mackerel, shark, and swordfish. They are caught only when they’re mature and larger. This makes them more susceptible to pests hiding throughout their entire body and more likely have a higher mercury accumulation.